John Truby described it as

one of the best dramas in the history of television.

So how do the writers and series creator Vince Gilligan draw us in?

What information does he feed us?

How does he fill his precious, all-important opening 10 minutes?

Let’s take it scene by scene:

FADE IN to a still shot of a cactus in a desert. Blue sky fills the background. Perfect nature. 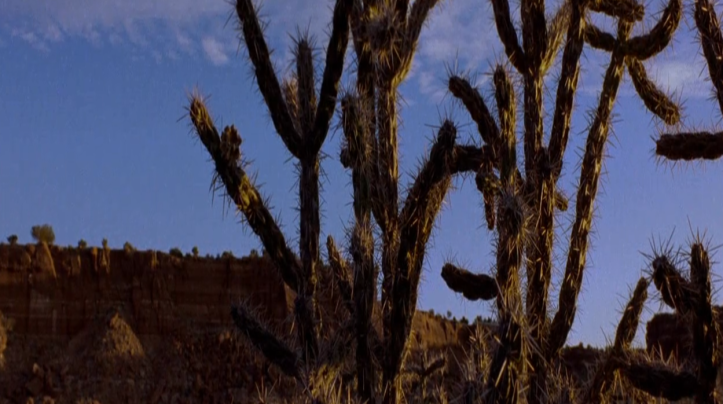 Except, wildlife sounds squeak and squawk. We know that all is not peaceful in the desert.

But the opening shot is devoid of one thing: mankind.

It also has no movement. We hesitate on this image for 6 seconds. CUT TO: a third image – another rock.

Americans will probably recognize it as the New Mexico desert.

The scene is natural. Still.

Enter ‘mankind’ in its absurdity as a pair of man’s pants fall through the sky.

the ROAR of an RV as it explodes through the peaceful desert, running over the pants…kicking up dust… man versus nature… man causing destruction.

We’re into the chaos of Breaking Bad!

Compare to the opening scene of Peaky Blinders.