A Sneaky Peak at Peaky Blinders: the Personal and the Political.

i. Freddie’s rallying socialist cry to the workers. 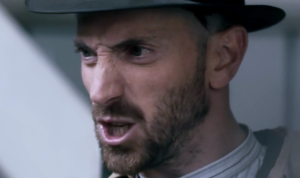 ii. Thomas’ fight for power with his older brother.

Do these two scenes agree with each other in theme or disagree?

In political and social sciences, communism (from Latin communis – common, universal) is a social, political, and economic ideology and movement whose ultimate goal is the establishment of the communist society, which is a socioeconomic order structured upon the common ownership of the means of production and the absence of social classes, money and the state.

However, Thomas is on a rise to power. He wants to be, as Freddie says to Thomas’ s sister, “King of Small Heath.” Thomas is a capitalist. Wikipedia describes the capitalist system:

In this system, there are two major social classes: the working class – who must work to survive, and who make up a majority of society – and the capitalist class – a minority who derive profit from employing the proletariat.

The conflict between these two political systems is Thomas Shelby’s story – his rise to power – from working class to capitalist class – from beggar to King.

The scenes are a war of ideas, a conflict of ideologies.

Summing up then, what ONE important thematic technique does Steven Knight employ in his opening ten minutes?

He does what Shakespeare taught us to do in dramas such as Hamlet, Coriolanus and King Lear.

He sets a personal story in a political context. 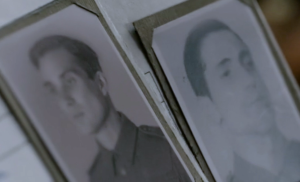