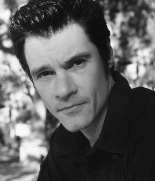 Mark Sanderson aka @scripcat has had 7 films produced and has written 27 feature screenplays.

Dude, what’s your secret?! What’s the single most important factor you keep in mind when writing your screenplays?

This was his awesome reply:

I think there are many important factors that I keep in mind before I ever go down the pathway of taking an idea to a story and eventually a fully realized spec screenplay. After graduating film school it used to be if I could sell the script or not — that’s a fool’s endeavor trying to play the Hollywood spec, big budget screenplay sale game and trying to figure out if they will buy my genre or not. Chasing a big sale will deliver nothing but frustration and grief.

In addition, it will take years of bouncing the script around town and it may never sell. You’ll need to be working a job to pay your bills during this time and it gets difficult to hang on with the hopes to sell every spec that you create. The reality is that just because you write it doesn’t mean anyone will “love it.” You need to write from your heart and it will show in the work.

My buddy is writing a romantic comedy and it’s not a personal story so he’s obviously trying to make it as commercial as possible to sell it to Hollywood and play in the “big leagues.” And now I read that the romantic comedy is dead in Hollywood. The genre has not done well lately and they are not making them anymore so I ask him, “Why are you writing this movie genre?” Is the spec going to be a writing sample or is it something you actually think you can sell to the studios as an un-produced writer?  I believe it’s the second reason so he’s chasing an illusive ghost and in my opinion not utilizing his limited writing time properly.

I told him he should be writing a spec that is near and dear to his heart as he’s not going to be able to compete with known writers with a script that is a long shot at best. It’s a high concept commercial Hollywood script that will not sell because of the genre. Sure, it may get him meetings…but why waste time on a script that has limited potential? Write something personal and from the heart and it will showcase your writing ability.

Try writing what you care about and that will come through in the screenplay. Your passion will shine through and attract interest in quality work. Back when I was first pursuing my career, I did this with my original script I’ll Remember April and it placed in the top 20 of all Nicholl Fellowship entries that year and later went on to be optioned, purchased and produced and distributed globally.

I don’t write specs much anymore as my jobs are screenplay assignment work. I just had my seventh film produced and I try to please my boss the producer who is paying me so he can hire me again. It’s the nature of building a career to write films that get produced and to build a great working relationship with producers. Those writers who have lofty ideals about writing something that will compete with top screenwriters who already have credits and relationships with studios and producers — it’s a big dream and a big risk of time. Carve out your own unique brand and sell them on “you.”

I don’t think there is only one important factor, but many.  I think to myself before I start: “Is my idea commercial and can it translate to the most people possible so a producer/director will see the potential and want to make it?”  I recently consulted on a project for a screenwriter who asked for my honest opinion on his script. He recently had been getting a lot of rejections by producers with it and told me, “They just don’t get it.” I shook my head in silence. Maybe when four different producers “just don’t get it” — it could be that the screenwriter just didn’t get it. Repetitive notes from different sources must be considered. I told him that his movie was not big enough or commercial enough to go into 4,000 screens on opening weekend.

That’s the reality of the business. It’s actually a smaller film, maybe indie art house film or a something for TV, but he is aiming for the top of the mountain. And that’s okay, but that comes with a lot of risk, just like writing a spec that can only be produced for $150 million and being an unknown writer with no attachments on the project. Seriously?

Write a kick-ass script that can be produced for about $1.5 million and IT COULD ACTUALLY GET MADE! Find an actor who loves it and will tell you to attach them while you find the money. Go out and do it and make it happen. Stop trying to chase the brass ring of Hollywood studio films and constantly coming up short and rejected. Ah, but who wants a small film, right? We all want the summer blockbuster with the “A-list” career, the home in the hills and the millions in the bank.

Sure, I wanted the same just out of film school and then after about six or seven years of getting knocked around and brutalized, I realized just how fucking hard it was to reach the “A-List.” I have close friends on the “A-list.” They suffer the same trials and tribulations like everyone else just at a bigger level.  Hell, since I was a kid I just wanted to just make a living anyway from what I loved to do — making movies. My dream has been realized over a dozen times with getting paid for assignment jobs and one spec sale. Seven of those dozen scripts were produced and made it to little and big screens around the world. I’m living my dream.

So, there are many factors that I ask myself before writing a spec screenplay:

WHY AM I WRITING THIS PARTICULAR STORY?
IS IT FOR ME? MY PASSION PROJECT?
IS IT FOR THEM? AM I CHASING A BIG SALE?
IS IT TO SHOWCASE MY ABILITY AS A TALENTED WRITER?
IS IT TO ACTUALLY PRODUCE MYSELF OR DIRECT?
OR IS IT BECAUSE I AM DRIVEN AND MUST TELL THIS STORY?

Honestly consider why you are screenwriting and why you are writing your particular story. How you write it is as important as what you write. Keep the faith and filling your blank pages.

Mark Sanderson (aka @scriptcat) is a veteran of the screenwriting game with over fifteen years of experience and has worked with Academy Award® winning producers, veteran directors, and Academy Award®, Emmy® and Golden Globe® acting nominees. Mark’s indie and TV films have been distributed globally and have opened and premiered at major festivals. His seventh produced film “Sara’s Choice” is in post production and stars Franchesca Eastwood. Check out his popular screenwriting blog MY BLANK PAGE and look for his new book “A Screenwriter’s Journey to Success” coming in November on Amazon.